Did you read this lurid headline to the end? Or did you also stop reading after a few words and thought of that famous movie with Woody Allen? This is what someone pointed out to me after last month’s great meetup I am moderating: the Software Test User Group in Hamburg (StugHH) events. We had Daniel Knott (@dnlkntt, Adventures in QA) over who was willing to put up with any question about mobile test we could think of. Well, actually he had the user group invited to his employer, XING, and we had a great time learning, how Daniel and his colleague Sergej Mudruk and their teams master mobile testing (and probably more) at XING. You can find the slides here, but there was much more to it in the discussions, which I cannot repeat here. Great stuff, everybody seemed happy.

But what was exactly the value in it for the participants? For me as the moderator I obviously have to ask that question when organizing such meetups. Why would people want to come and come again?

First, obviously it helped to have a well-known speaker. That would not be a reason in itself, however, Daniel is not only well known, but great. He shares his knowledge openly and has answers to all questions. So all participants could get the answers they need. And, although in this case probably not necessary, the speaker gets even more known. 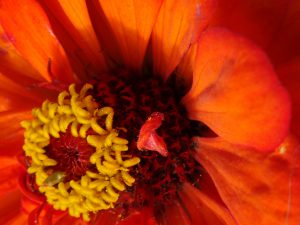 Second, this time we tried a little different format. As Daniel mentioned, there is so much said about mobile testing already, so what else to say? So when organizing we asked the invitees to leave questions with Daniel he could answer. Actually, only about 5 out of 33 attendees used that chance. And Daniel made a great presentation answering those. But more people had questions that evening. Considering the audience I would say that there was quite a large part of participants who was not (yet) really into the nitty bitty greedy details of mobile testing. Daniel asked: who of you has released an app lately – three arms raised… So I guess the value for most of the people was to get a real compact training on mobile testing – level 200 or 300.

Third, at the StugHH we make a point at physically meeting. This way you meet people and exchange ideas, sometimes about unexpected topics. This time, we had attendees of about 15 different companies and many different industries. They all need to generate value for their domain, and it is interesting to see their different points of view. And actually, after so many years of having StugHH meetups, there are some people who come again and again. And who are glad to meet others who also come on a regular basis. It is good to have tester friends.

Fourth, I guess everybody has his own agenda. As a moderator I can see, that I have a core group of people trying to join as often as possible, and others who come because they are specifically interested into the topic. And that is absolutely fine – as long as the moderators understand, what they are interested in. So not everybody can take home the same value for every meeting. But I would like to think that the meetings are successful, if people come again.

Last but not least: my personal value proposition: meet fellow quality assurance people and discuss about interesting QA topics in a kind of protected environment. We only can grow from it! Sharing knowledge is just great!